​Looking for a Revolutionary Cannula? We’ve Got It - Choice Mobility
Close

Mobility You Need. Freedom You Deserve.

​Looking for a Revolutionary Cannula? We’ve Got It 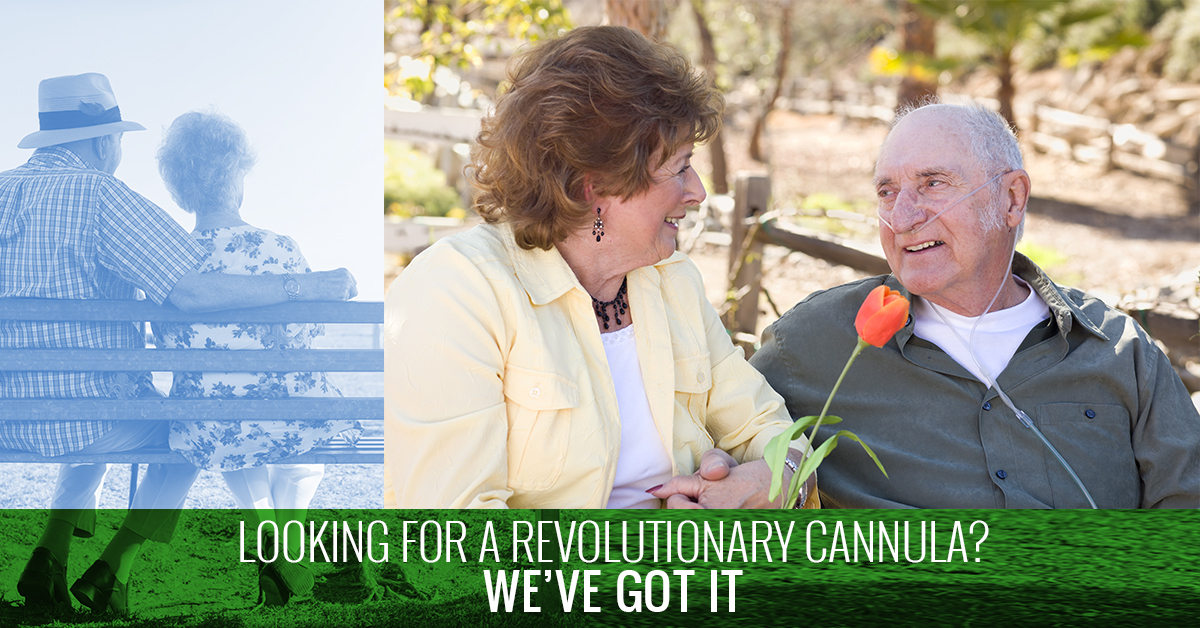 Cannulas aren’t something that anyone wants to wear, but they are a fact of life for those who are on supplemental oxygen. So if a medical device becomes as much a part of your daily dressing routine as putting on pants or a blouse, shouldn’t it be as comfortable as possible? We think so, and that’s why we’re so proud to carry the Uni-flo2.

The Uni-flo2 cannula is so innovative because it took a simple device that was decades old and completely reimagined it. Why should people have to live with mediocre products that they’re using every day? They shouldn’t, and that’s why the the Uni-flo2 was invented. Let’s take a look at some of the innovations that have been put into this new oxygen cannula.

Here’s the most obvious difference between the Uni-flo2 and a traditional cannula, because it’s the most visual. Take one look at the Uni-flo2 and you’ll notice that it only has a single airway, which still delivers up to 6 LPM of supplemental oxygen from you tank. This single airway is important because it is half as noticeable than a traditional cannula.

The Uni-flo2 is interchangeable between each nostril, which means that you’ll be able to decide on which side of your face you’d like to wear it on a particular day. This might depend on the activity of the day — for instance, if you’re playing tennis or casting with a fishing pole. But you can also switch it back and forth every other day, meaning that each nostril will only receive half the irritation it would with a traditional cannula. Not only will your nostril thank you, so will your face and ears. That’s because there’s…

Think about it...with a single airway tube instead of two, only half of your face is in contact with the Uni-flo2 at any time. And just like your nostril, the skin of your cheekbones will be rubbed half of much as usual, for the simple reason that you’ll be able to switch the side the cannula touches each day. Even plastic tubes can cause skin irritation, so it’s important to keep the contact down as much as possible.

If you’ve been wearing a cannula, you know that even something as lightweight as a plastic tube can feel heavy on the ears after extended wear. The amazing part of the Uni-flo2 is that, since it contains only a single airway tube, you’ll only have half as much tube weight over your ear, and it’s over only once ear. (In some ways, that makes it just 25% of the weight and wear on your ears.) You can even switch between ears halfway through the day if you wish!

A hospital is the most common place where supplemental oxygen is found and the only place that most people find themselves experiencing its use. So it’s not surprising that cannulas are associated with hospitals.

There’s no doubt that many people dislike wearing a cannula because it makes them appear as if they’ve just been released from the hospital. So why not break that association by getting something that people don’t recognize, something that’s only over half of your face and will be invisible if someone if looking at your profile? That’s the Uni-flo2.

Most people who require supplemental oxygen during the day also need it at night. But those who sleep with cannulas know that one of the most annoying aspects is being able to get comfortable while wearing one to bed. Side sleepers are always going to be pinching the tube between their ear and pillow, making it difficult to sleep. And the more tubes you’re wearing, such as with a two-tube traditional cannula, the more likely you are to get tangled up in them, leading to the very uncomfortable “noosing” problem.

A single tube like that found on the Uni-flo2 can make sleeping so much easier. The Uni-flo2 comes with two patches to help keep it in place when you're sleeping or engaged in exercise. If you need additional patches, that’s no problem. Choice Mobility also carries replacement cannula patches so that you’ll always have the adhesive you need.

Most of the time you won’t be needing patches due to a special feature you won’t find in other tubes. The aspect of the Uni-flo2 that puts it above others is that the tube has a memory stabilization system. That’s a fancy way of saying that the tube not only contours to the face better, but it also is better at keeping that shape. This means that the cannula is less likely to come away from the face, causing a gap that makes it more noticeable or get in the way of eyeglasses.

That’s not all. This special guidance system can also help reduce strain point on parts of the face that might normally be rubbed with a traditional cannula. In other words, if you bend this cannula in a way that will get it out of your way, the memory stabilization system will keep it in that position better than a traditional plastic tube.

It’s As Easy To Use As Any Other Cannula

If you’re on prescription oxygen, you’ve been instructed in the use of cannulas and the portable oxygen tanks. That means that you’re also ready to use the Uni-flo2 as well! After all, it might be a revolutionary cannula, but it still works on many of the basic principles that allow you to get oxygen from your tank to your lungs. If you’re interested in seeing just how easy our product is to use, check out the video at the bottom of this page.

If you’re on supplemental oxygen, there’s a good chance that you’ll be wearing it for some time to come. If that’s the case, shouldn’t you take control of your health and wear something that’s lighter, less intrusive, and more comfortable? It only makes sense to get a cannula that works with your lifestyle, so check out the Uni-flo2 today!